Digital Input Data to the Electron Beam Film Recorders can be in Raster Formats such as TIFF (CCITT Group 3, 4, RLE and Uncompressed), PostScript, PDF or grayscale; and Alphanumeric Formats such as ASCII or EBCDIC.

The seven Electron Beam Film Recorders have a combined annual production capability of many millions of images  dependent upon image size, reduction ratio and data format.  The eBeam Imaging Recording Center (eFRC) is operated on a two shift basis, seven days per week.  In addition to the Film Recorder Operators, Film Processing and Quality Control Personnel, the eFRC has the support of Software and Systems Engineers and Photographic experts.

Why Preserve Important Records And Documents With Low Quality?

Why should you, your business, your library, or your country settle for lower image quality when preserving important documents and historical records for future generations when you can have the highest quality imagery on a cost effective basis with fast turnaround?

Send your digital data over the internet or on CDs or other media to IDI and we will convert it to superior quality e-Beam Imaging.  Archivists, historians, and librarians throughout the world recognize e-Beam Film for digital preservation.

Why eBeam Imaging Is Best! 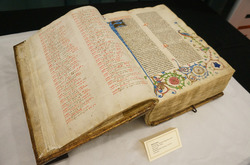 Many of the nation’s leading libraries and archivists have chosen e-Beam Imaging to save high quality images of critical records.  We have recorded images of many rare books and manuscripts, by authors ranging from Isaac Newton to Walt Whitman.  In fact, a team at Cornell University recommended Image Graphics as the best option for archiving rare books and manuscripts.  You can view the Cornell White Paper on why they chose Image Graphics, as well as the Cornell Final Report on their project.

Government Records At All Levels 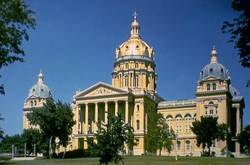 We have archived documents for local, county, state, and federal government agencies across the United States.   These have ranged from county land use, supreme court, circuit court, and other vital records in Virginia, Washington, New York, Oregon, Florida, and other states to legal records for state agencies in Connecticut to critical data for the World Bank and the International Monetary Fund. We have even microfilmed finger prints and identification photos to archive police and personnel records.

We regularly record complicated imagery for high technology companies looking to archive engineering drawings and technical manuals.  No matter how detailed, our electron beam recorders can capture and preserve all the important data.  Our recorders have recorded everything from circuit board diagrams to construction and engineering drawings for commercial buildings, bridges, and nuclear power plants.

We continue to expand our services to financial services company.  From mortgage records to insurance policies to bank statements, IDI converts digital data documents into eye readable imagery to back up critical documents.

We have recently launched a line of services to record medical images and other medical records.  With our e-Beam Imaging’s quality and the ability to record gray scale, we can provide high quality archiving of X-Ray, MRI, and other diagnostic medical images.